Create a Diva traveler who wants to visit West Java, it's not complete if you haven't tasted the delicious halal culinary of the archipelago.

West Java is one of the provinces in Indonesia that is quite aggressive in providing and working on halal tourism. One of them is that there are several culinary spots that have been declared ‘halal’ by the Indonesian Ulema Council (MULTI-FUNCTION) and has its own charm.

Nah, anything, hmm West Java halal culinary that you should try? Here's a list 5 the recommendations are quoted from the page, Inews.id.

For Diva travelers who visit Bandung and are looking for halal culinary attractions that already have a halal certificate from MUI (Indonesian Council of Ulama), You can visit Kampoeng Bakery which is located on Jalan Gunung Batu, Bandung.

Kampoeng Bakery comes with a variety of halal and quality breads with superior products such as 'Breadboy', ‘Miss Donuts’, ‘Bolen KamBeK’, ‘Brownies KamBeK’, ‘Bolu KamBeK’ and all kinds of ‘Liver Bread’ which is a special feature of Kampoeng Bakery.

The process of making food at the bakery in addition to guaranteeing the process of selecting halal ingredients for the food, The equipment used also does not go unnoticed at this bakery.

Example, brush used for the process of making bread. That said, the manager makes sure not to use brushes made from animal hair, instead using a nylon-based brush to ensure the halal production process

Boper or stands for Bogor Permai Bakery & Restaurant Mm is one of the legendary culinary spots in Bogor. How not, this restaurant has been around for years 1963 with the same location since it was first established, namely at Jalan Jenderal Sudirman No.23 A, Bogor.

Has a special menu of Bread Mat and Caramel Bread, This restaurant, which is familiarly called Boper, is always crowded with visitors who don't just want to taste the deliciousness of the cake menu & his patissiery, but also a heavy food menu such as Bogor Permai Fried Chicken, Lontong Cap Go Meh, dll.

In addition, Boper also has a halal certification from MUI and is one of the famous halal culinary spots in the West Java area, especially Bogor.

When the Diva traveler is in Purwakarta, make sure you taste the culinary specialties, namely Sate Maranggi. Different from satay in general, Sate Maranggi has a characteristic that is satay made of beef and each skewer consists of only 3 Jumbo size meat.

One of the must-visit culinary spots for you to visit while in Cirebon, namely Nasi Jamblang Ibu Nur which is located in Jalan Cangkring 2 No.34, Justice, Cirebon.

Jamblang rice is indeed one of Cirebon's specialties. The uniqueness of Nasi Jamblang lies in its presentation using leaves from the teak tree as a base which at the same time gives its own aroma and taste that makes it even more delicious..

The most famous culinary spot for Nasi Jamblang is of course Nasi Jamblang, Mrs. Nur. The specialty of Nasi Jamblang Ibu Nur lies in the delicious side dishes, coupled with a special super red chili sauce which adds to the enjoyment of Jamblang Rice.

Oh, of Mrs. Nur's Jamblang rice has also been certified Halal, so that it becomes one of the recommended halal culinary spots in West Java.

Known as the 'City of a Thousand Meatballs', but there is one place to taste the delicious meatballs in Tasikmalaya which is very famous, namely Mie Baso Laksana.

Mie Baso Laksana is located just behind the Great Mosque of Tasikmalaya, precisely on Jalan Pemuda No. 5 The city of Tasikmalaya that you must try when visiting Tasikmalaya.

Established since 1955, Mie Baso Laksana is recognized to have a taste that has not changed at all so that its authenticity is maintained.

In addition, its uniqueness is the presentation of the food which adopts the method of serving Chinese-style noodles and meatballs caused by the restaurant owner who is a figure of Chinese descent..

Was rumored to be halal, This Mie Baso Laksana has received official halal certification from MUI so you don't have to worry.

Read it too, Typical Lamongan Culinary, Sego Boranan Becomes the Target of Tourists 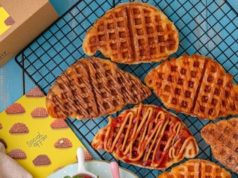 This is the hit food throughout the year 2021 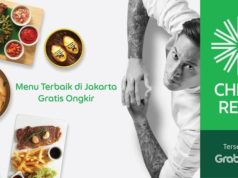 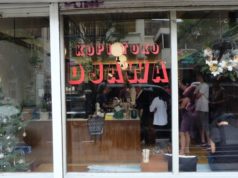 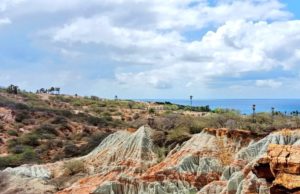 Dine-in Tips 20 Minutes During PPKM Level 4, How to do?

Bananas should not be stored in the refrigerator? Here's the explanation 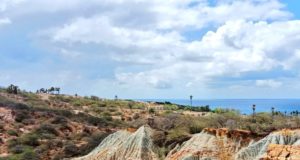